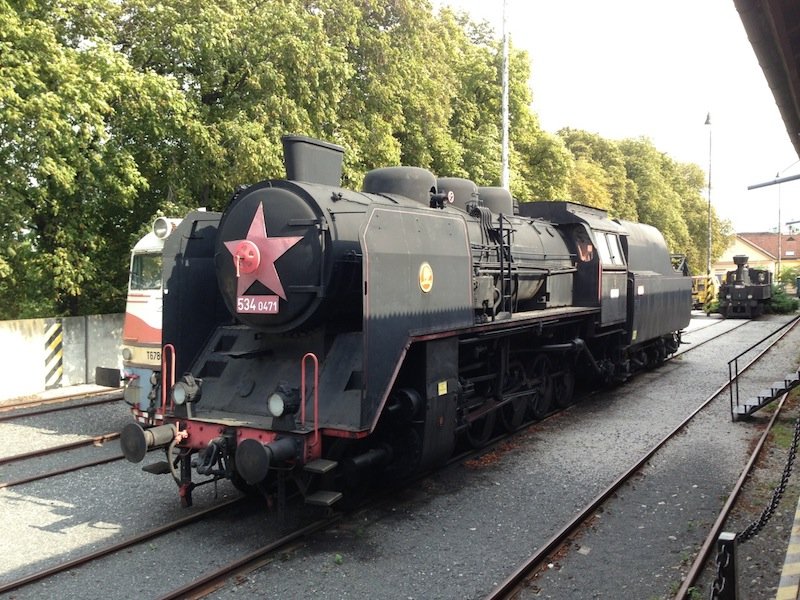 Bratislava is about 60 Km from Vienna. It’s easy to get to using the railroad or by boat on the Danube. On Saturday I visited the transportation museum, adjoining the central station. They had a couple of restored steam locomotives out back (one of my favourites in the photo above) and lots of cars indoors.

After about an hour I walked into the city to meet some friends for dinner in the brew pub Starosloviensky Pivovar. The pub specialises in local sheep cheese and we tried three variations, all were very good. The beer was fresh and excellent. After dinner I took a short walk through the city and headed back to the railway station for the return trip to Vienna.

There is an inexpensive rail ticket from Vienna: round trip for 15 Euro including one day of public transport in Bratislava (Bratislava Ticket from Austrian Federal Railways – OeBB). The boat trip is quite cool and a nice way to see the scenery.

My Google Map of Bratislava.