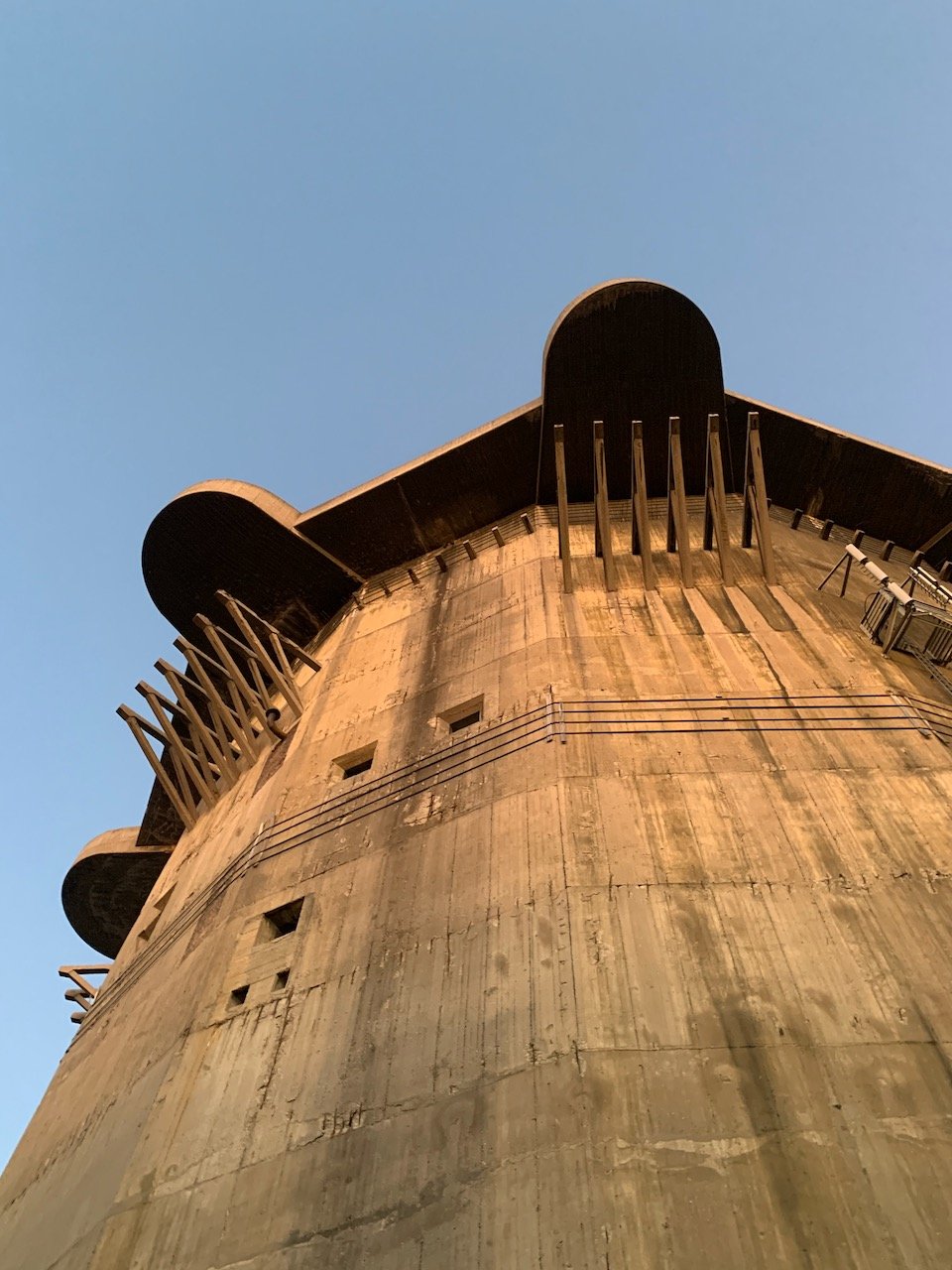 Pat hurried over and handed Andrea coffee. They’d humoured Pat with her drills, but she’d saved their asses so often with her secure messaging, open-source, and back-ups, why not a little cosplay every now and then? Besides, there was a great Italian bar around the corner.

This couldn’t be that grey empty room, could it? A few sips did the trick – Pat’s coffee was strong and as bitter as the anti-vaccination fight. But Andrea’d deal with the coffee later –she had bigger problems.

Everyone looked up when she came in, expecting her to explain, but, of course, Andrea didn’t know what was happening either. “Thanks for coming in so early guys” she said, “let me get organised and then let’s talk at the table.”

The bunker had been connected to one of the anti-aircraft towers built during World War II. The huge reinforced concrete towers were practically impossible to destroy, so they were simply re-purposed or abandoned.

Less known were the tunnels for secretly moving soldiers and supplies between towers and bunkers in nearby buildings. The tunnels had been filled-in, but many bunkers remained. Most had had their doors bricked over and were soon forgotten. But, one day, helping a friend move, Pat had found one.

The door was hidden behind the cellar stairs and easy to miss. Secret cellars were just Pat’s thing, so she returned that night. Pushing open the door with a flashlight she saw a large windowless junk-filled room with several decades of dust and cobwebs. Pat rented an office upstairs the next day and, without saying anything – it was better that way – cleaned out the bunker to use as a safe space.

Reading her mind, Pat said, “Philipp noticed he was being tailed and is trying to lose them.”

This was getting scary. While she’d believed Franz, she hadn’t expected this. A denial-of-service attack, a hacked database, a false landing page – sure, but being stalked by real people? Pat pulled off her blond wig and smiled, “Aren’t you glad we have a bunker?”

After plugging in her laptop, Andrea looked around the table and thought what an odd group. They’d come together slowly, doing student projects at the TU, friends of friends joining, others dropping out, always self-selecting for that magic combination of social democratic convictions and technical expertise – worlds apart from those just in IT for the money.

Pat’s gasp jarred Andrea’s stroll down memory lane – “Someone’s broken into our office at cowork.wien. And look! Check out the size of those guys!”

Phillip, rushing in finally, exclaimed, “I rode by the office on my way. There was an SUV with suits parked there too!”

“Yeah, welcome back Austin” replied Maria – a huge Austin Powers fan – “They’re on the big screen now. We got up early just to watch’em rummage through our office.”

A single thought went through everyone’s mind, “What would the burglars find?”