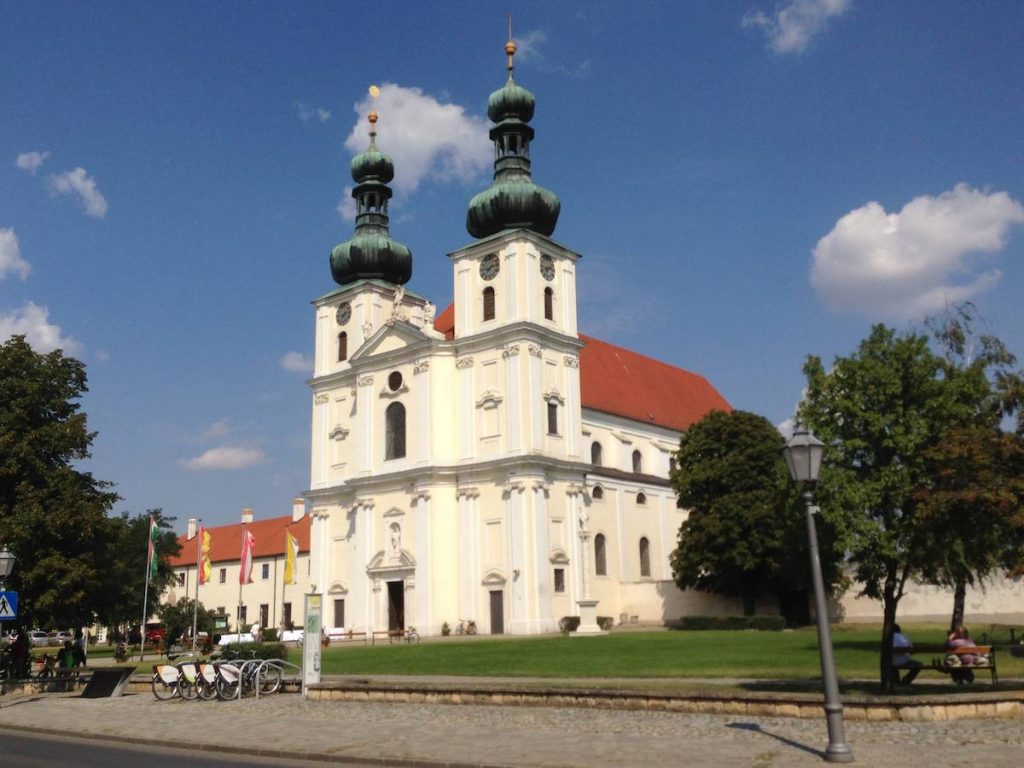 On Saturday I took my bike on the train to Gols in Burgenland (Austria). My goal was to combine a visit to Judith Beck Vineyards with some exercise on a beautiful end of summer day.

Saturday was Pannobile Day 2013 (German) in Gols. It’s organized by a group of  (opps!) 9 winemakers around Gols to celebrate the new year of Pannobile wine (they make a single red and/or white wine that they call Pannobile from a blend of grapes). The winemakers then work together on marketing etc. The name Pannobile comes from the Roman name for the area.

On Pannobile Day all the wineries are open for tasting and there is a big dinner party in the evening. Since I was on my bike I decided it would be best to only taste one and not stay for dinner (maybe next year I’ll stay overnight and go!).

I tasted three wines from Judith Beck Winery just on the outskirts of Gols. I chose her wine because I’d enjoyed it before and it’s organic. She has a beautiful winery building and tasting room. The people were quite friendly and there was nice food to nibble on. I tried a white, the Pannobile 2011 and the Pinot Noir. They were all very nice, but since I was on my bike I only took one bottle (the Pannobile naturally!).

The bike ride was great too. Although it’s a little hard to get to the Vienna Hauptbahnhof railway station by bike (there are very few direct routes with good bike paths right now). However the station is just being completed so hopefully this will change. The Austrian National Railways (OBB) has a nice feature on its travel planning software that allows you to select only trains where you can take your bike on board. You can take a bike on most of the local and regional trains. However, there was not very much space on this beautiful day for bikes, so my advice would be to get their early. You don’t need to pay extra to take a bike on these trains either, nice!

I took the train to Gols. There I followed Burgenland bike route B-23 (the Culture Bikeway). It goes through the vineyards to a small city called Frauenkirchen (named after a large baroque church in the town). The church was a pilgrimage church in the middle ages and there are several historic buildings around it including what looks like an old cloister across the street. The cloister is also a historic landmark and houses a restaurant called Paprikawirt – “Paprika Restaurant” in English – that looked excellent.

After a short break I headed back along the path through more vineyards and agricultural fields, then the towns of Halbturn and Mönchhof, before reaching Gols and the Judith Beck Winery tasting room. The path is quite well marked with signs and markings on the pavement, although I did get a little lost on the stretch between Halbturn and Mönchhof. After my tasting I rode around in the town of Gols since I had time before my train. There was at least one more Pannobile winery I passed and I also noticed the Pannobile Taxi, presumably to take people between wineries on Pannobile Day (another tip for next year!). The bike ride was about 24 km and the landscape was pretty much totally flat.

The trip to Gols from Vienna Hauptbahnhof (main railway station) takes about one hour. The OBB has a group fare called Einfach Raus that lets up to five people travel on regional trips for about 30 euros, it’s a really good deal for visitors.