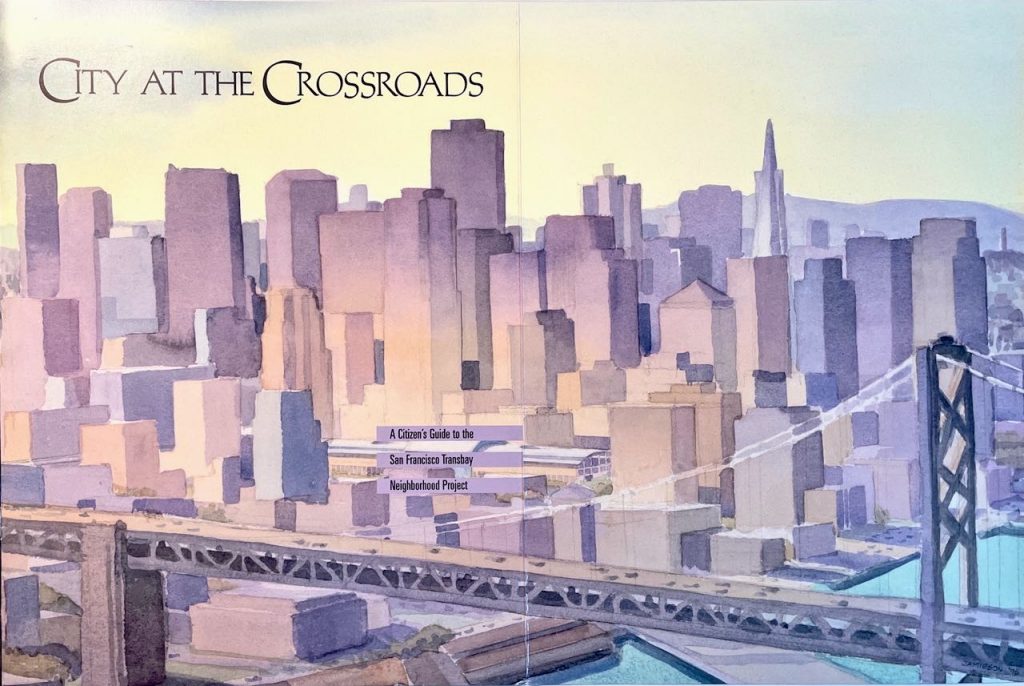 I was project manager for the Caltrain Downtown San Francisco Extension Project (Caltrain DTX) between 1995 and 1997. People have been trying to bring the passenger rail service from the SF Peninsula directly downtown for over 100-years. The lobby of what is today One Market Plaza, formerly the Southern Pacific Building, was built to serve as a train hall!

I managed preparation of the project’s Environmental Impact Statement (EIS/EIR) and preliminary engineering for the Caltrain Joint Powers Board. The consultants were ICF Kaiser Engineers, DeLeuw Cather, Dames & Moore, AGS and MIG.

The project had been studied many times but never reached the EIS stage. We developed and used an innovative public involvement program in an attempt to finally get the project over the hurtle of an approved environmental study. This program presented easy-to-understand information about the key design decisions to the public and asked them to provide input. I’m particularly proud of newsletter 6 which illustrated the decisions on a 27×23 inch map of downtown San Francisco. For more details about the public involvement process please see Public Decision Making for the CalTrain Downtown San Francisco Extension Project – a paper I wrote for the Transportation Research Board in 1997.

The EIS was ultimately completed in 2004. The Transbay Bus Terminal was rebuilt and renamed Salesforce Transbay Transit Center (see photos). It opened in Autumn 2018 and contains the shell for a future train station in the basement. The tunnel between Caltrain’s existing terminus at Fourth-Townsend and the Transbay Terminal is yet to be built.

This page provides links to the project newsletters, a glossy brochure called City at the Crossroads and a, never used, imaginary newspaper front page picturing Mayor Brown opening the new station. I’ve also linked to my short story imagining a future Bay Area regional rail network where the Caltrain DTX had been built to a shared station with California high speed rail service.

If you’d like higher resolution of any documents, please contact me. I also still have some paper copies I can send if you are really interested. 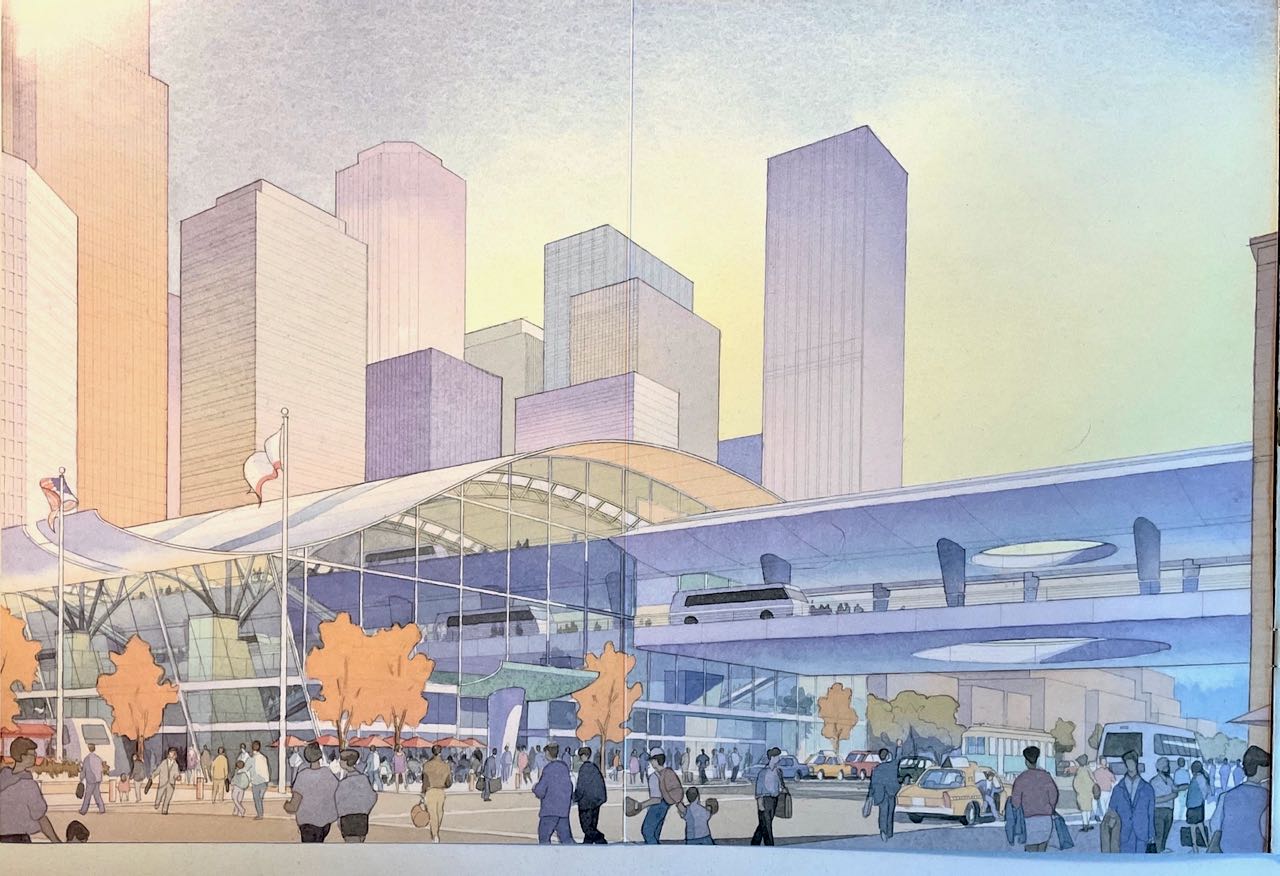 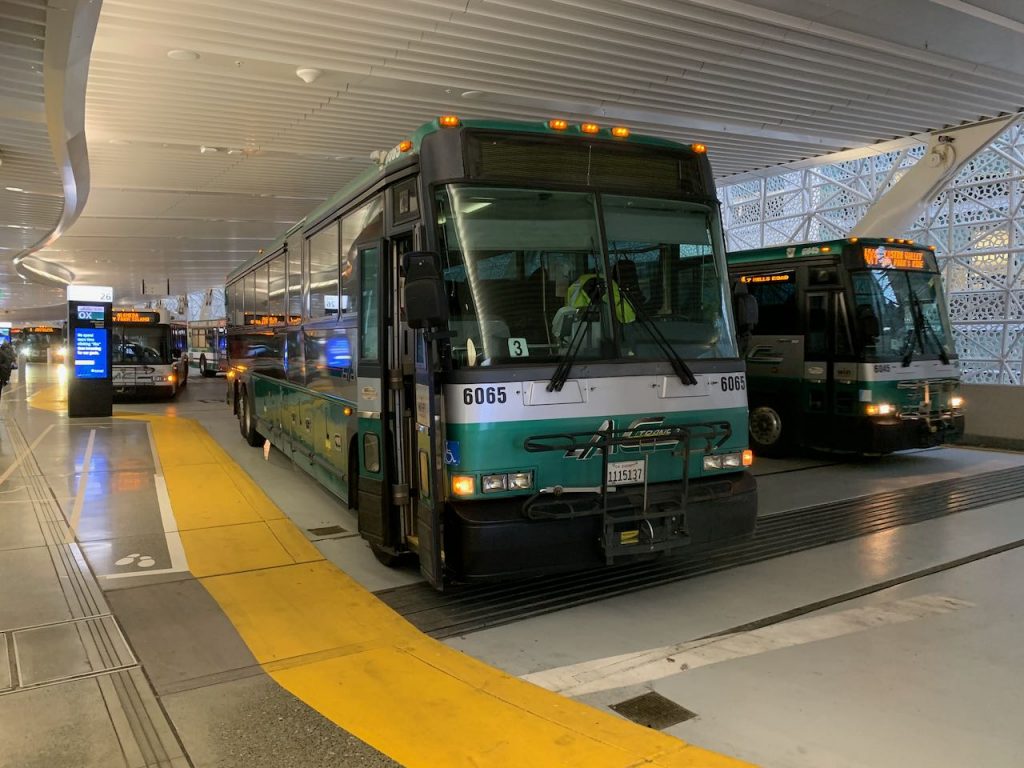 Download links to public involvement newsletters and brochures produced as part of the Caltrain DTX (1995-1997) project.

City at the Crossroads – brochure produced by the Caltrain JPB and City of San Francisco in 1995. 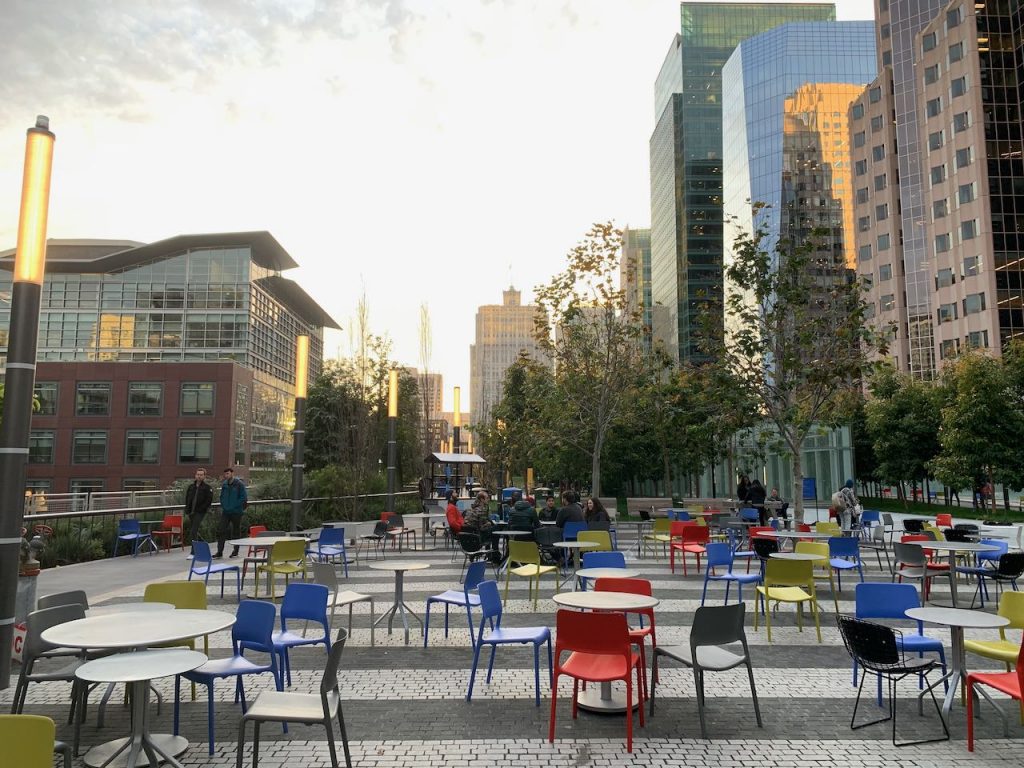