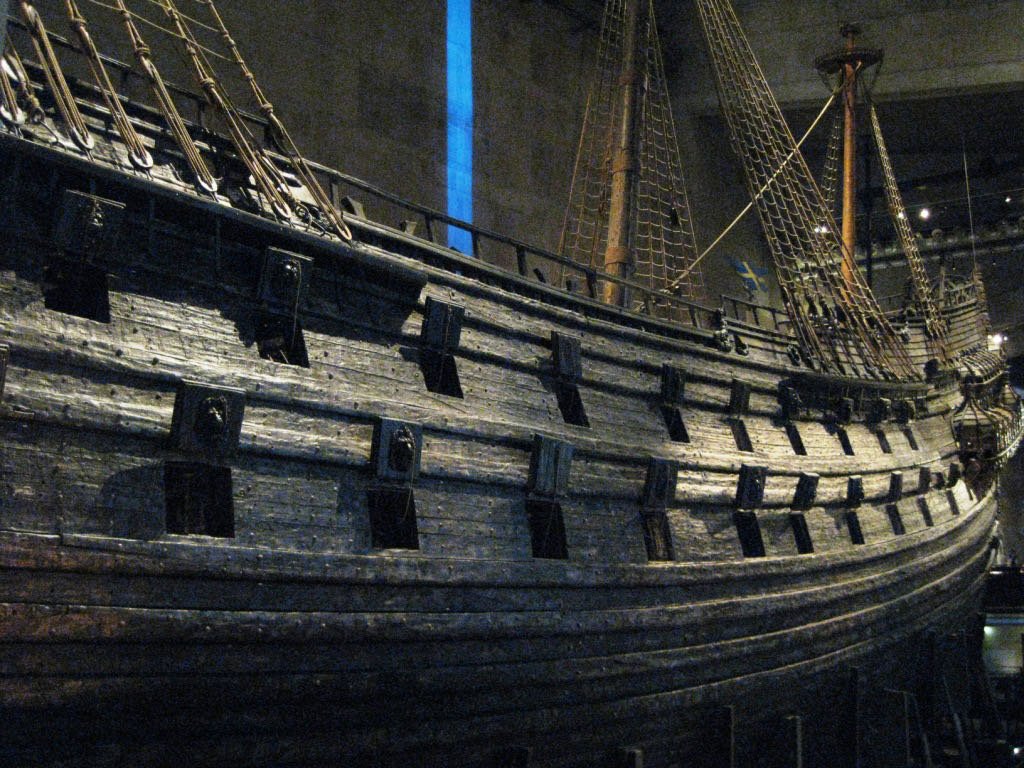 The Vasa Museum was built around the ship recovered from the harbour.

Most of the guidebooks say that the Vasa Museum is a must in Stockholm. I agree. 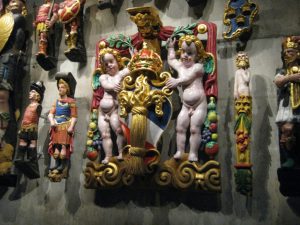 Sculpture on ship from Vasa Museum in Stockholm

The museum is built around a sailing ship built in 1632 that sank on its maiden voyage. (Boy, that must have been embarrassing!) Anyway, after trying to salvage it in the 1600’s (they were able to bring many of the cannons back up using an early version of a diving bell), the ship was essentially forgotten although it was in the main harbour.

In 1957 the ship was found again, now surrounded by silt, and the King supported the idea of raising it up from the seabed. The process took four years, but the ship could be raised and then moved to a temporary museum for restoration and documentation. I visited the ship on my first trip to Sweden in 1983, but several years ago they opened a new museum in a building that surrounds the ship and provides great views of all levels.

The museum has a film presenting the history (with English subtitles) that runs almost every half hour. Also they offer tours (in English) several times a day. Both the tour and film are excellent and I recommend them highly. One more recommendation: get there early … the museum is justifiably popular so it fills fast. I was there about 10 minutes after opening and had the place pretty much to myself for about 15 minutes. When I left at about 1 pm, it was really getting crowded.