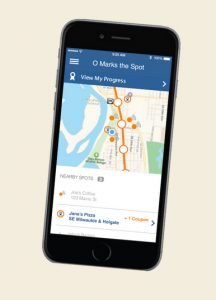 TriMet, Portland Oregon’s regional public transport operator, developed a mobile phone game to celebrate the opening of the MAX light rail system Orange Line. The game is called Orange Marks the Spot and was a community scavenger hunt that encourages users to explore the areas and businesses along the Orange Line while receiving special deals and earning points toward prizes. The game ran from September 12 (opening day for the Orange Line) until September 20, 2015. More information at Orange Marks the Spot.

Thanks to the Transit Wire.com.