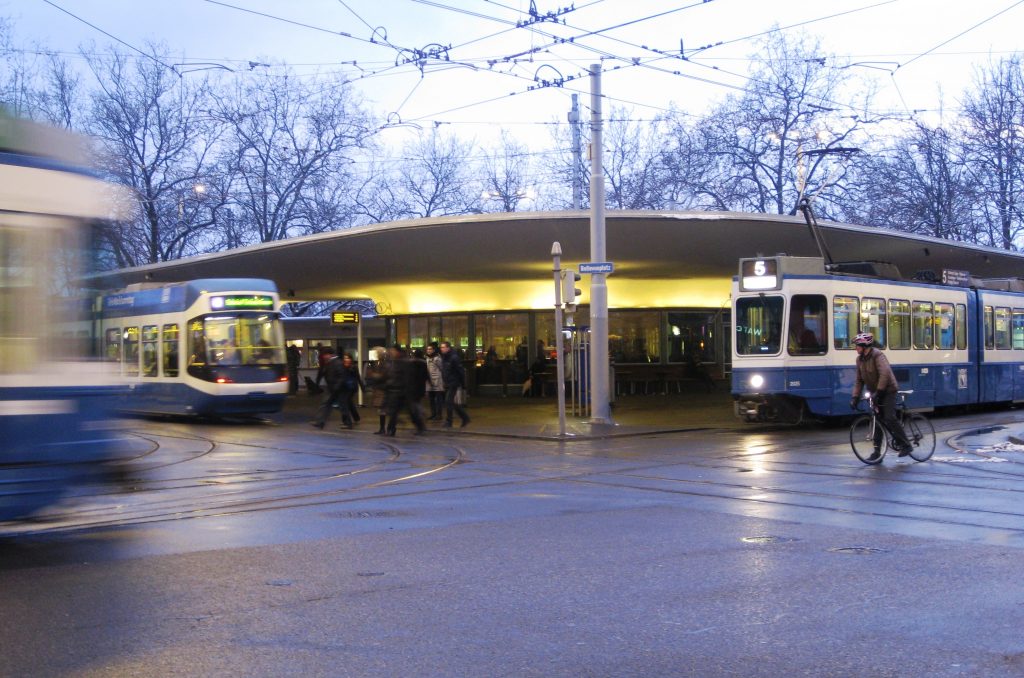 Trams at Bellevueplatz in Zurich.

As a city planner I feel privileged to live in Zürich. The city is clean, people are friendly and everything seems to work well – especially the public transport system. One of my favorite authors, Alain De Botton, comes from Zürich and in a short story called, The discreet charm of the Zürich bourgeoisie, writes:

“In Switzerland’s largest city, the urge to own a car and avoid sharing a bus or train with strangers loses some of the urgency it may have in Los Angeles or London, thanks to Zurich’s superlative tram network – clean, safe, warm and edifying in its punctuality and technical prowess. There is little reason to travel alone when, for only a few francs, an efficient, stately tramway will transport one across the city at a level of comfort an emperor would have envied.”

When my wife and I returned to San Francisco in 2004 one of the things we missed most about Zürich and Switzerland was how easy it was to travel by public transport everywhere … we could travel effortlessly from our home in the center of Zürich to the top of a mountain in the Alps quickly and inexpensively. In contrast, living in San Francisco without a car is difficult at best. What’s really sad is that San Francisco is a place where public transport should be great: the city is dense enough to support good public transport and most people care greatly about the environment. It’s a real shame.